The Problem of Leisure: A Celebration of Andy Gill and Gang of Four

A compilation album featuring major artists with original artwork by Damien Hirst – to be released on 4th June 2021.

The Problem of Leisure is a double album of tracks written by Andy Gill and Gang of Four, all newly reinterpreted and recorded by artists whose own unique contributions to music were enriched by listening to Gang of Four. The album features songs from across Gang of Four’s 40-plus year career, each individually chosen by the artists’ who covered them.

After Andy’s death in February 2020, Andy Gill’s widow Catherine Mayer assembled a small team to complete The Problem of Leisure. The record had originally been conceived by Andy himself not as a post-mortem tribute, but to mark the 40th anniversary in 2019 of Gang Of Four’s extraordinary 1979 debut long player Entertainment! an album widely heralded as a classic (“the fifth best punk album of all time”: Rolling Stone magazine).

Andy had already revised that vision in the months before his death, after some artists chose tracks from different albums and periods. Every musician who committed to the project was given the freedom to create new versions of whichever Gang of Four songs they wanted to cover, with Andy overseeing some of the earlier productions but largely leaving artists to create their own interpretations.

When Andy died, obituarists struggled to sum up his profound impact on music. He had co-founded Gang of Four and remained at the time of his death its only original member. As co-writer or writer of all the band’s songs and through his unmistakable and much emulated guitar style, Andy influenced generation after generation of musicians, and that effect was amplified by his work as a composer and producer. This album speaks to that impact and influence.

The final 20 track double album features an extraordinary roll call of global talent, with artists from seven different countries and four continents, and demonstrates the breadth and scale of Andy and Gang of Four’s influence.

The album’s brilliant artwork was created by Damien Hirst, a long-term Gang of Four aficionado. Andy chose the cover art from a selection of options provided by the artist.

The album is available to pre-order now in a variety of double vinyl, two CD and cassette formats from all usual retail outlets worldwide. The deluxe vinyl format, “Dogluxe” is only available from the Gang of Four website, gangoffour.uk/store. All formats feature different versions of the artwork from Damien Hirst.

04. The Dandy Warhols – What We All Want 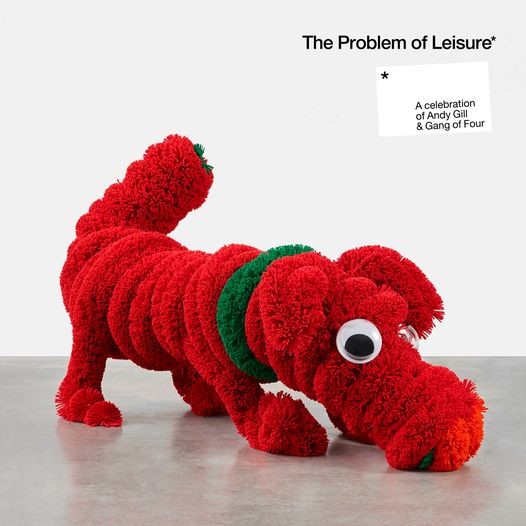